Courthouse Green Primary School in Coventry is part of Triumph Multi Academy Trust and puts children at the heart of everything they do. The school ensures that every child attending Courthouse Green receives the very best learning opportunities to enable them to achieve excellent personal and academic growth, through a rich and challenging curriculum. Throughout the pandemic Courthouse Green has been providing families with vital educational resources.

During 2020, the UK government reversed its decision to not extend free school meal vouchers throughout the summer holidays following a campaign by Manchester United and England star Marcus Rashford. By eloquently and calmly putting forward his case for free school meals to be provided to the poorest families in England over the summer school holidays, the Manchester United star forced the government into a U-turn.

Within minutes of hearing the decision, the Papillon team gathered to create a plan that would involve a remarkable and much-respected head teacher Sarah Malam from Courthouse Green Primary School in Coventry and local BBC TV.

The team developed a media pitch that would tell Marcus’ story…but at a very local level. Courthouse Green is in one of Coventry’s most deprived areas, so the story resonated with parents. Papillon’s pitch to the BBC involved Sarah as a key spokesperson, but importantly involved a parent and pupil who could also tell their story – and importantly, could comment on how the decision will now benefit them.

Sarah was briefed by the Papillon team with a robust question and answer sheet developed prior to the interview – as well as being prepped for potential awkward questions too.

The parent and pupil involved were ‘softly’ briefed on the day to ensure any nerves were quashed. When the film crew arrived at school, the agenda and timings had already been pre-planned by Papillon, and the day ran smoothly.

Everyone and everything had been pre-planned, with even the smallest details being taken care of, such as filming locations, classroom cutaways and consent forms signed off. 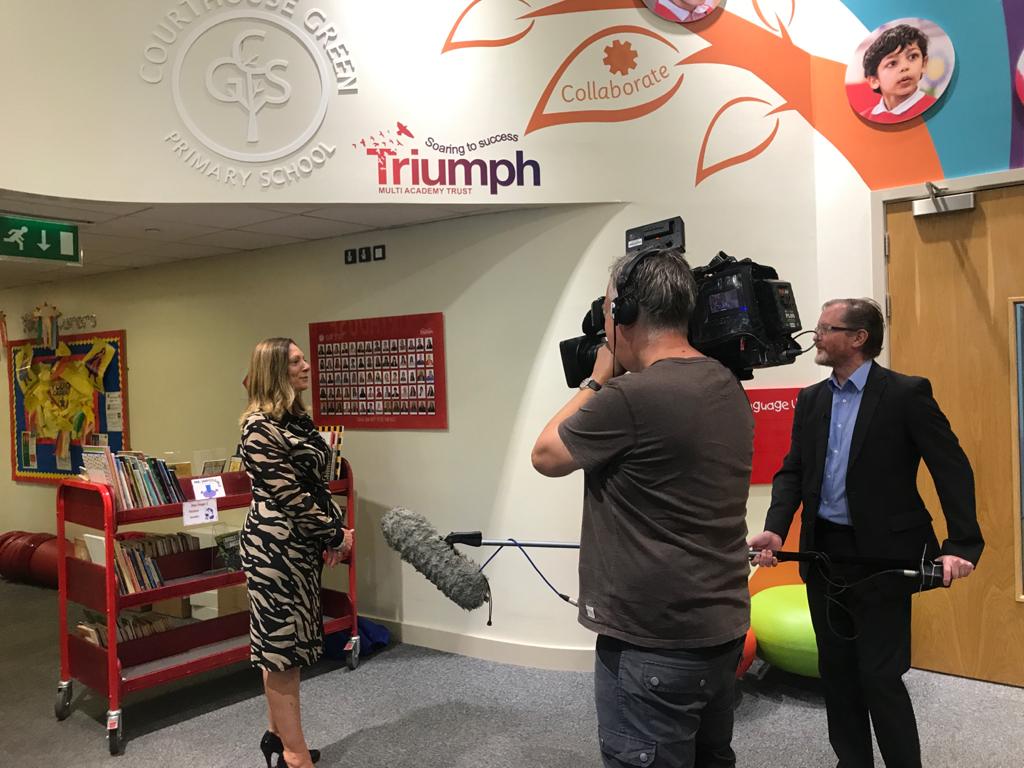